PRESENTATION OF “HISTORY OF THE NATIONAL POLICE” 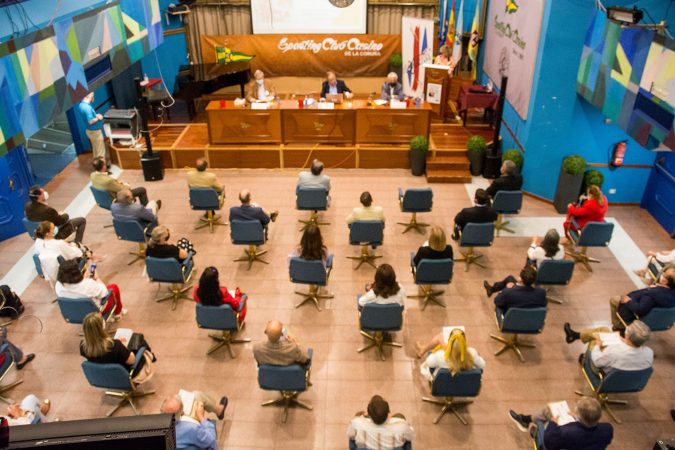 With a large influx of public, the presentation of “History of the National Police was held yesterday afternoon in the Culture Room of the Sporting Club Casino in La Coruña “(The Sphere of Books) of which the blog administrator is the author.

The event, organized by the Association of Meigas de las Hogueras de San Juan de La Coruña, was attended by the Major General, Francisco J. Sánchez; the Brigadier General of the Marine Infantry, Carlos Pérez Urruti; the Chief General of the XV Civil Guard Zone, Luis F. Rodríguez; the former Mayor of La Coruña and Honorary President of the Commission for the Promotion of the Bonfires of San Juan, Francisco Vázquez; the Naval Commander of La Coruña, Captain Ramón Fernández Borra; the Colonel of the Northern Tercio of the Marine Infantry, José Mª Sanz; the Colonel Director of the Military History Museum, Francisco G. Cobas; the Councilor of the Popular Group, Roberto Rodríguez; the 50 Meiga Mayor, Emma Cabezas, as well as different representations of the associative fabric of A Coruña.

After the presentation of the act by the President of the Association of Meigas, Mª Concepción Astray, the Infantry Colonel (DEM) Antonio Bernal, Delegate, took the floor. of Defense in Galicia, and the Commissioner Pral. of the National Police, Manuel Vázquez who introduced the author who made the presentation of his work.