THE OFFERING TO SAN JUAN WAS HELD

Yesterday afternoon, in the military church of San Andrés, the traditional Santa Misa Offering to San Juan was celebrated, attended by the Meigas 20, as well as Meigas Mayores and Honorable friends from other years, as well as a large audience that packed the temple. 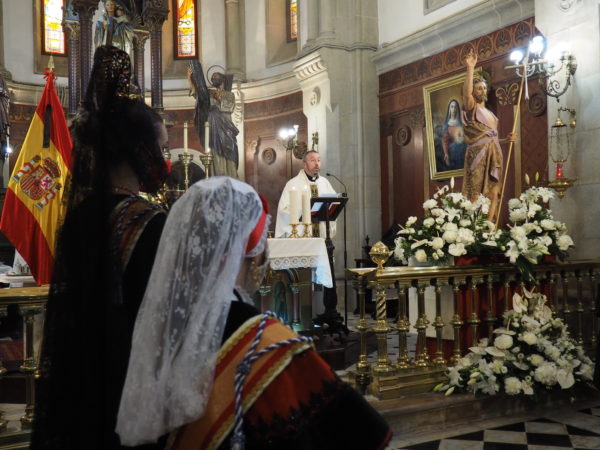 The Greater Friends before the image of Saint John

The religious function was attended by the Defense Delegate in Galicia, Colonel Antonio Bernal; the Naval Commander of La Coruña, Captain of the Ship Fernández Borra; Colonel Commander of the Northern Third of Marine Infantry, José Mª Sanz; the Popular Councilors Roberto Rodríguez, Roberto Coira and Martín Prado, as well as the Councilor of the mixed group Mónica Martínez. It was also attended by the former Mayor, José Manuel Liaño. 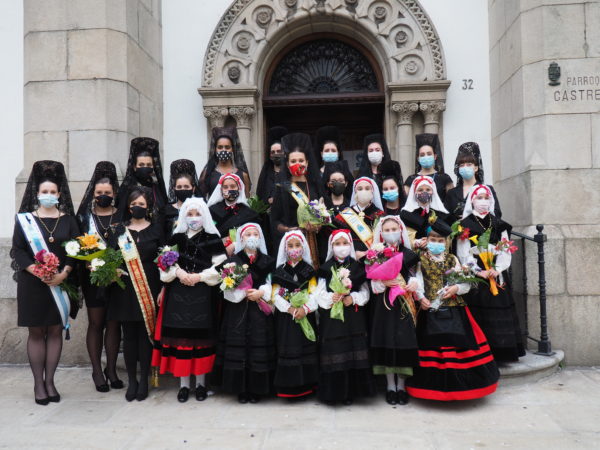 Las Meigas assistants at the door of San Andrés

The offering was presented by the President of the Meigas Association, Mª Concepción Astray, who was accompanied by the entire Board of Directors of the Association, as well as members of the board of the San Juan Bonfires Promotion Commission.

After the offering, the Meigas placed flowers at the foot of the image of the Saint who was lavishly adorned with floral motifs, a gift from Juana Estevez, Meiga Mayor Honorífica.

It must be remembered that this year was the first in which the offering was held before the new image of San Juan, which is owned by the Asociación de Meigas, which is located worship in the church of San Andrés.