In the afternoon today, as planned, the Meiga Mayor, the Meiga Mayor Infantile, the Meigas de Honor and the Meigas de Honor Infantil de las HOGUERAS-21 , accompanied by the Board of Directors of the Association of Meigas, made the traditional offering in front of the image of Our Lady of Carmen, located in the Paseo del Parrote, and paid a tribute of memory before a monument that perpetuates the departure from La Coruña of the Royal Philanthropic Expedition of the Smallpox Vaccine of Dr. Balmis, erected in the same area. 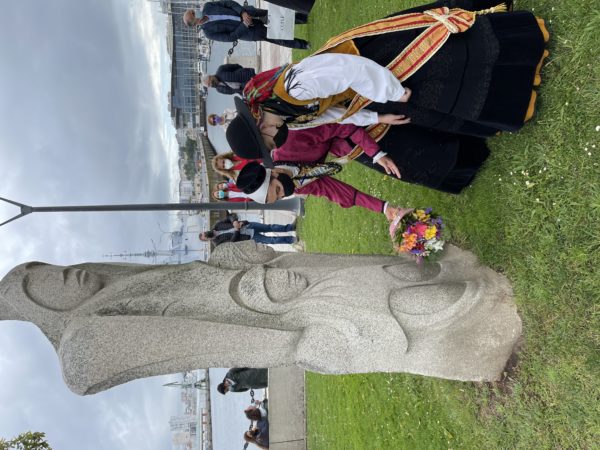 After saying a prayer before the image of the Virgin, the Meigas deposited their floral offering and, later, listened to the story of the origins of the Royal Philanthropic Expedition, depositing, also, flowers at the foot of the monument. 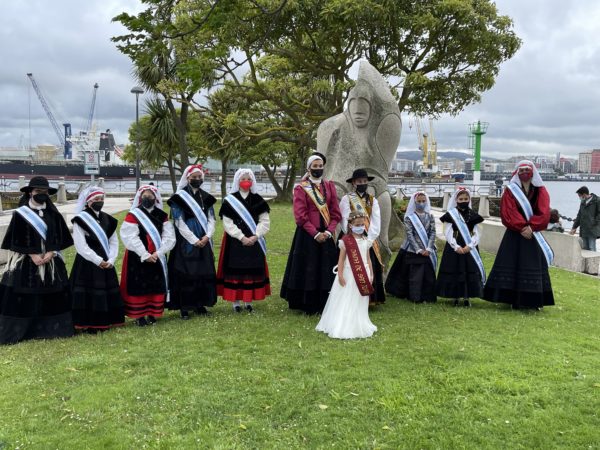